As a new member of this forum I just wanted to make you aware of my Chinese HO exhibition layout BEIJIAO - REAL WORKING STEAM IN 2004!

As of July 2019 it has been to two shows Bristol (2018) and Stevenage (Jan 2019) and is booked into two more shows this year Fareham (October) and Warley (November) - I hope to meet some of you sometime soon. 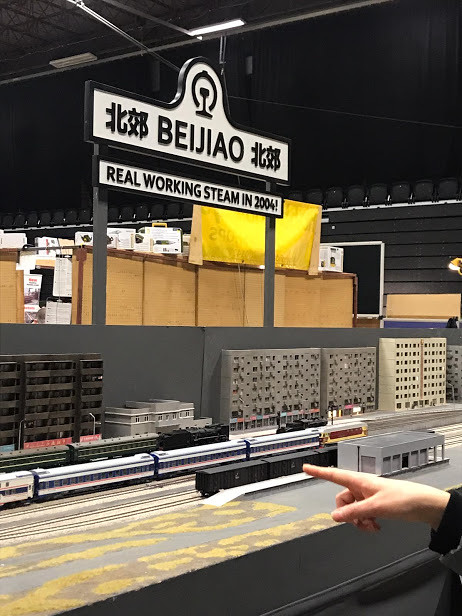 Here is an early photos from our first ever exhibition - Bristol 2018 - the layout was even less finished then! 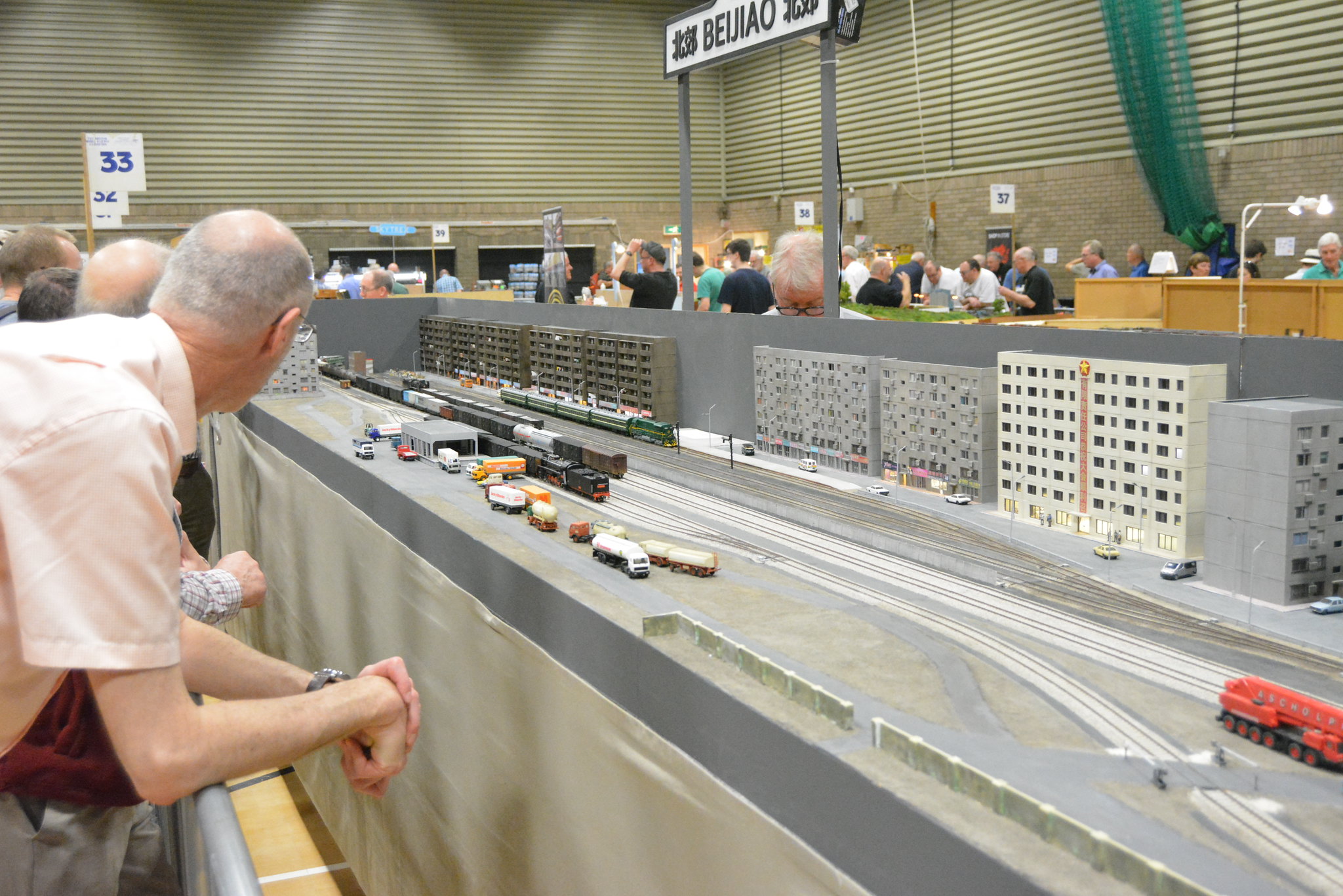 Since my last post here we have attended two exhibitions and TBH they were both quite difficult with lots going wrong. Part/most of this is caused by the layout being too big to set up at home and so all running problems only come to light at exhibitions.

In fact my operators told me that the Saturday at Warley (our last show) was the WORST day we have ever had to endure. Don't get me wrong - we kept trains running for the viewers, but at the price of the operators sanity! After the Saturday night de-brief session I was very seriously considering pulling the layout off the circuit for good - I could not keep putting my team through this stress.

The main problem has always been our failure to make the route selection work. There is an 18 road fiddle yard and many of the tracks have alternative route options and so the idea in installing route selection hardware/software was that you only needed to press one or two buttons on the walk-around radio handsets and the software would set up the road for you - this has never worked at any exhibition - hence operator stress!!

In a final attempt to save the day I invited Ted Smale of Sunningwell Digital Control to come over to see if he might be able to sort out our problems. He asked how the DCC loconet was set up - he suggested a VERY minor change - and in less than 30 seconds he (an expert) had sorted out a problem that had nearly killed off the layout.

Result? The Sunday at Warley was our BEST ever running session!

We also learnt a lot about the layout and what viewers like and don't like - changes are afoot and our next showing (Aly Paly in March) will be far better still - I hope to see some of you there!
Top

On the Sunday at Warley a German YOUTUBER arrived late on Sunday and asked to make a video.

Unfortunately it was quite close to closing time and we had already started putting stock away - it takes two hours!

Awesome layout
Awesome video.
Wish I could of made it to NEC to see it. There's something about the Chinese steam locos that I like.
Glad to hear it's starting to behave itself for you.
Top

Great layout thanks for sharing the video.
And the Lord said unto John “Come forth and receive eternal life”, but John came fifth and won a toaster!
Top

As the name of the layout suggests it is set in 2004 and basically everything you see was happening in China in 2004 - but not all in the same place. In other words I have combined several authentic China 2004 features into one fictional location.

2. In the middle of the layout is a double track CHINA RAIL line which was fully dieselised in the early 1990's.

3. In the foreground of the layout is a single track 'regional' railway which was first opened in 1995. It's called a regional railway because it is not officially part of China Rail and was financed by local governments keen to spread the railway to remote towns and villages. The line is 590 miles long and when it first opened it was 100% steam powered, but now in 2004 diesels have taken over most of the line and this section out of the line's western terminus is one of the few remaining steam operated sections, but even here diesels are beginning to appear for crew training. Again this is 100% authentic based on the Ji-Tong line in the Chinese province of Mongolia.
Top

I have always been aware that my layout is niche - VERY NICHE!

So I have always been looking to reach out to other demographics and as such I have been keen to discover what puts people off my layout and one thing that has been controversial has been my grey backscene.

Now my idea was that the backscene was 'the void' and almost sci-fi concept of nothingness - and some people understood that concept and liked it, but many (including my operating team) just thought it made the layout dark and dull and uninspiring. So I have taken that on board.

We are developing a new backscene to show the pollution hanging over a large Chinese industrial city. It is inspired by this photo ….

Our next exhibition is Aly Paly in 2 weeks - do come and see us and tell us what you think!
Top

The layout definitely looks better with something on the backscene. R-
All pets are therapy pets. Most are just working under cover.
Top

latest addition is a cycle park on the station platform - just 30 bikes to make now!