Hi All, I am after some guidance on my proposed "based on" Rhodesia Railways shunting layout please

My current idea is for a 12ft by 2ft layout with one side of the entire length being a platform - two lines run parallel to this and some points off to a carriage shed, loco shed and a siding or two - The idea is to have a loco come out the loco shed, refuel and sand, go to the caboose siding and haul it off to the far right end of the platform, then build up a consist of carriages (probably 5-8 depending on whether a local or international train is being built up) taken from the carriage shed (which will have a cassette storing 4 or 6 carriages) - Once built up, the idea is to take it apart again, send the loco back to the shed, swap it out with another and build a different train. The shed could also be used to store wagons to build up a goods train for variation. I will have attached two designs I have done so far for comments. The lower of the two looks too busy now that I look at it again

The third design does away with the carriage shed and just uses sidings. Any comments, thoughts, suggestions gratefully received. 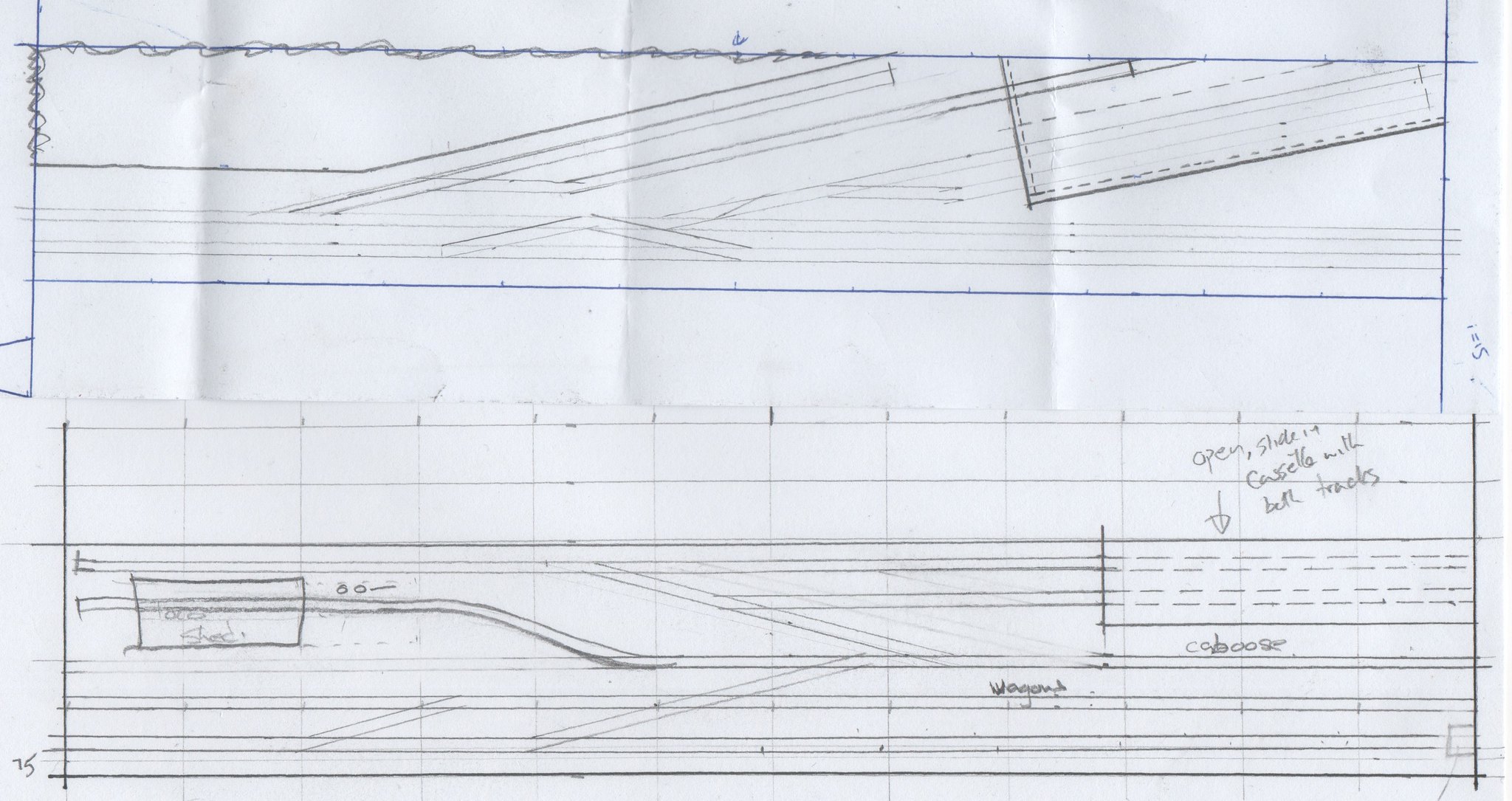 These are my two current proposed layouts, any thoughts form those with shunting knowledge please.

The second one makes use of double slips, but this may not be practical? The carriage shed (top right) is open to the rear to allow "loading" of more carriages to build up an eight car consist