Here is an update - the cycle park is now finished, the backscene is 99% finished but needs some work as it sags a bit on the r/h end where it joins the next board - notice the pencil lines to show how we will improve it. 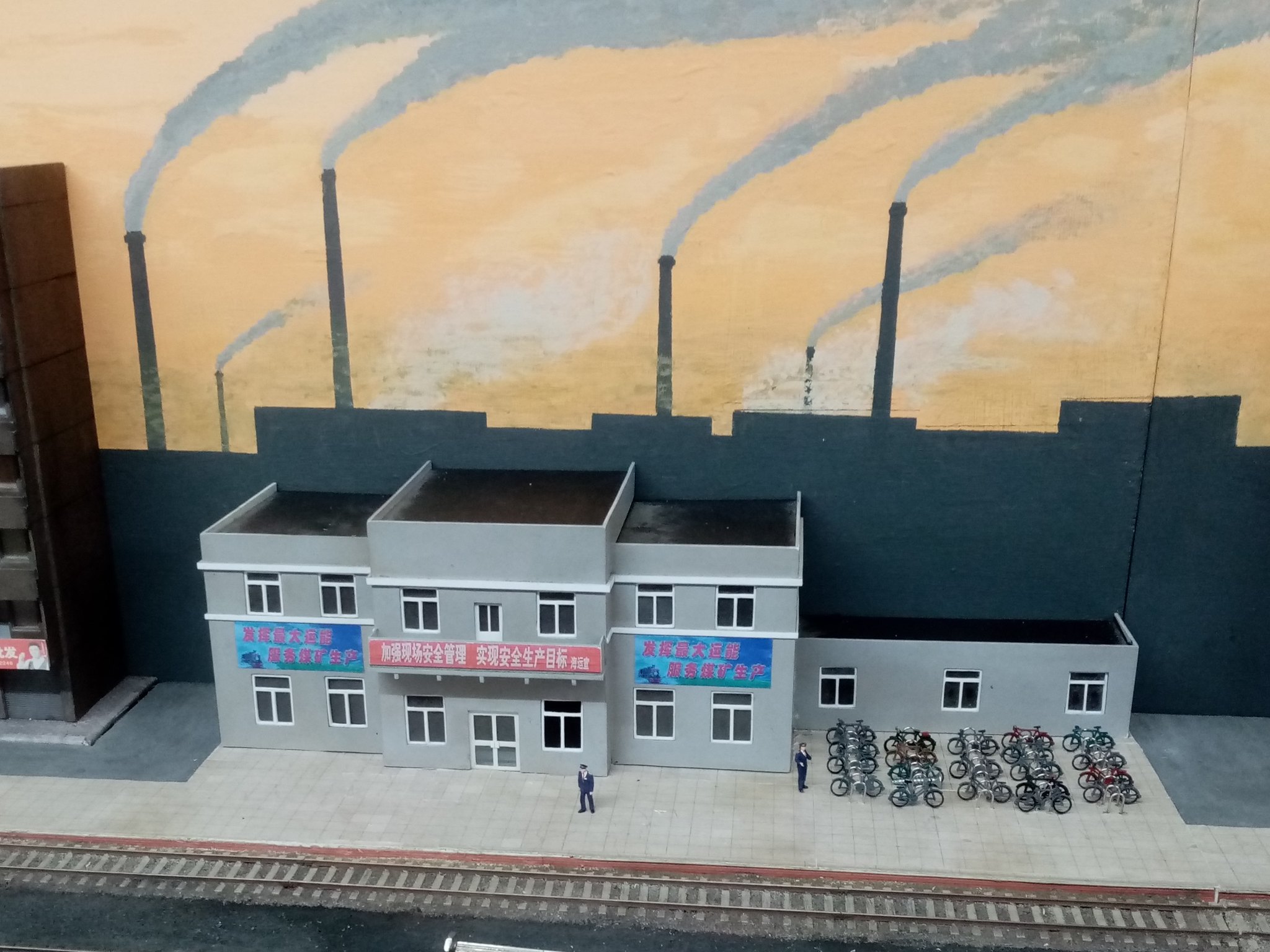 One criticism/comment that I have received (and I acknowledge) is that originally the front of the layout is 'dead' - all the detail is at the back.

One viewer said that I needed a Faller roadway at the front to add interest - I replied that we had had a Faller roadway in place since day , but that we had never had time to develop it. The issue is that it needs to be 100% reliable - 99% is not good enough! We don't have a spare operator to monitor it and so we need to start it off when the show open and except for re-charging batteries we need to forget about it.

With so much time on my hands the Faller system has been a priority now. We're getting there, here is a video and look for the truck doing a little wiggle around the parked estate car …

I've been improving operation of the Faller roadway.

I don't want the same vehicle endlessly going round and round - very unrealistic - I want variety!

This video shows how I have gone about this at one end.

I'm wondering how you are getting on with the roadway and the backscene. I'd love to see some photos of the developments.
Top

On hold, no progress since lockdown - TBH 99% of the work being done by team member Gordon Massey - I've set the spec but he has done all the work at his place. There still needs to be some alterations as I said a few weeks ago, but he hasn't been round - for obvious reasons.

Many apologies for not posting lately.

I must admit that I haven't done any work on the layout for the last 3/4 weeks. My layout is purely for use at exhibitions and with no exhibitions I have no incentive to do any work on it.

I will do my best to post more on the roadway system as soon as possible.
Top


I thought I would post a photo of one of the real locations which inspired my layout. and this was Chengde in 1996.

These are the two bankers waiting to be added to coal trains going up the 1/30 grade to the steelworks just outside of town.
Top

Apologies for lack of postings. I have been furloughed since the end of October 2020 and have been working on the layout pretty much every day since. Hours and hours of work, but relatively little to show for it!

There has been a lot of sole searching about how to engage with the public at shows. My team and I have analysed videos posted on YOUTUBE of the layout and been surprised at what exhibition viewers have chosen to video. This has led us to totally re-think the layout. Changes include ......

1. The layout has been back-dated from 2004 to 2001 to allow more steam-hauled freight trains - the theme of the layout is the last of everyday working steam in the world and yet the videos were full of diesels.

2. The tagline "REAL STEAM IN 2004" has been dropped because whilst that expression means something to railway photographers we realised that it didn't resonate with the general public and so it has been replaced with "INDUSTRIAL CHINA IN THE 21st CENTURY".

Here is a recent photo of part of the layout (I cannot set up the whole scenic section in my shed) showing the new backscene (still under development) and the new pelmet which is being developed. The pelmet may or may not include lighting, but it has a dramatic effect on how the layout is viewed. 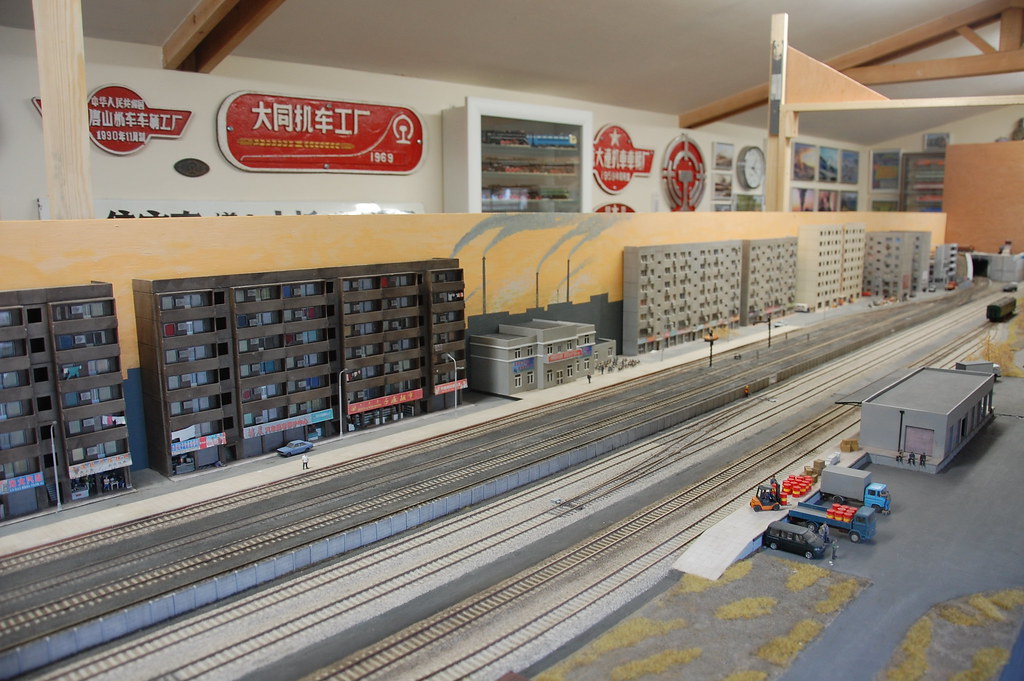 It's good to see TeamYakima's layout again. Looking at the photos afresh, I like it as much as I originally did, but am struck by the fact that there aren't many people, especially for an urban scene with apartment blocks. Perhaps next time you post a photo, there will be more people to ride all those bicycles. I'm looking forward to seeing the layout progress further. Good luck and thanks for posting.
Top

IanAlan wrote: ↑Wed Apr 07, 2021 7:44 pm It's good to see TeamYakima's layout again. Looking at the photos afresh, I like it as much as I originally did, but am struck by the fact that there aren't many people, especially for an urban scene with apartment blocks. Perhaps next time you post a photo, there will be more people to ride all those bicycles.

TBH this is an issue championed by one of my operating team, but I do feel that the idea that all of China is always rammed with people is not necessarily true. Yes, parts of China ARE teeming with people but there are many places which are not. Here is a random photo taken in 1996 which proves my point............ and two of those guys are western railfans! 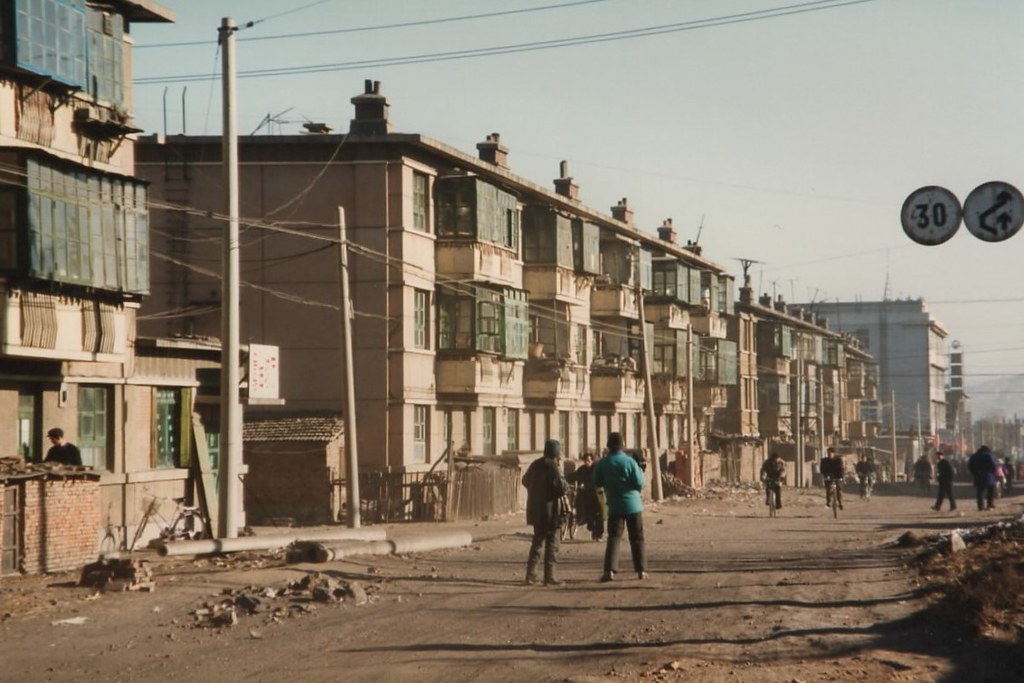 So, yes, I will be adding more people , but two things slow that process down

1. Most/all Preiser ready painted HO figures are 6ft 3inch ayrians and so I need to spend a lot of time on every figure to make them more Chinese looking. Each male figure has his feet cut off and approx 1.5 - 2.00 mm cut out of his legs, then his feet glued back on. Then I take an x-acto saw up between his legs to raise his crotch. Then I repaint his trousers to lift his waist line. Then paint his flesh a yellow ochre colour and his hair black. Unpainted figures take longer.

2. Nearly all Preiser female HO figures wear skirts and dresses - 99.9% of Chinese women wear trousers/jeans in everyday situations and so that means that most Preiser female figures require quite a bit of carving to make them look like a 21st century woman .
Top
Post Reply
23 posts

Users browsing this forum: No registered users and 3 guests