For the gardeners ( if we have any? )

Some great gardens on here. I have 3.5 Acres, of which , 2 is leased to farmer. Just changed my Husqvarna Rider 16, for new 216T, 4x4, with twin engine. Pleasure to drive, and Heather no longer has to push me out, when cutting lowest garden level. We have put our veggie patches to lawn, as at 77, tis easier to mow, than dig. If i ever work out how to post a photo, will do a couple of views.
Top

I've got one that needs to go Brian, can you pop over to Norfolk and do mine

Sadly im now banned from these jobs Terry, so my mate has took over, nearly done now,

Just got to sort the logs and all the chips.
Top

Handy to have a mate in that line of work.
Most people are shocked when they find out how bad I am as an electrician
Top

To right Terry if you have any amount of woodland, we have a few to come down this year, we have some Ash trees which are suffering Die back. https://www.woodlandtrust.org.uk/trees- ... h-dieback/
Top

The ash trees in the fields I help look after are in a bad way. We are going to have to chop down about 40. We will replace them with silver birch, flowering cherry and a few other British varieties. Keeps us off the streets.
Nurse, the screens!
Top

To right Terry if you have any amount of woodland, we have a few to come down this year, we have some Ash trees which are suffering Die back. https://www.woodlandtrust.org.uk/trees- ... h-dieback/

Wow that's horrendous. As if we didn't have enough problems with our dwindling countryside.

The ash is going the same way as the elm. Never mind we will replace them. Strange thing is there might be 10 trees dying but one in the middle completely healthy. It has been going on for quite a long time.
Nurse, the screens!
Top

Sorry to hear about your trees Brian. We had the "tree surgeon" in last week to give our three, one hundred foot high Lime trees a health-check survey.
They all have TPO's on them - my immediate right-hand neighbour has five trees, and we all like trees. That is more than can be said for the neighbours at the rear! It's not continuous, but they moan about the falling leaves in the autumn (there are a lot

), the lack of sunshine, they cannot get SKY and waking up in the morning to this high green wall is depressing.
Thankfully the tree surgeon (he had letters after his name - so I assume he knew what he was talking about), said the trees were absolutely fine, and there would be no justification in removing (thinning/pollarding) any branches from the trees. He said there were a couple of dead branches which could be removed (without planning permission) at the end of the year. We will not be giving the rear neighbours a copy of the report - they can move house. The trees have been there since about 1800 - the houses 1977.
The picture shows the right-hand tree is denser than the other two, this is because a large top portion of the tree came down in the 1987 storm - natures way of "thinning" - this is what would happen to the other trees if they were worked on. 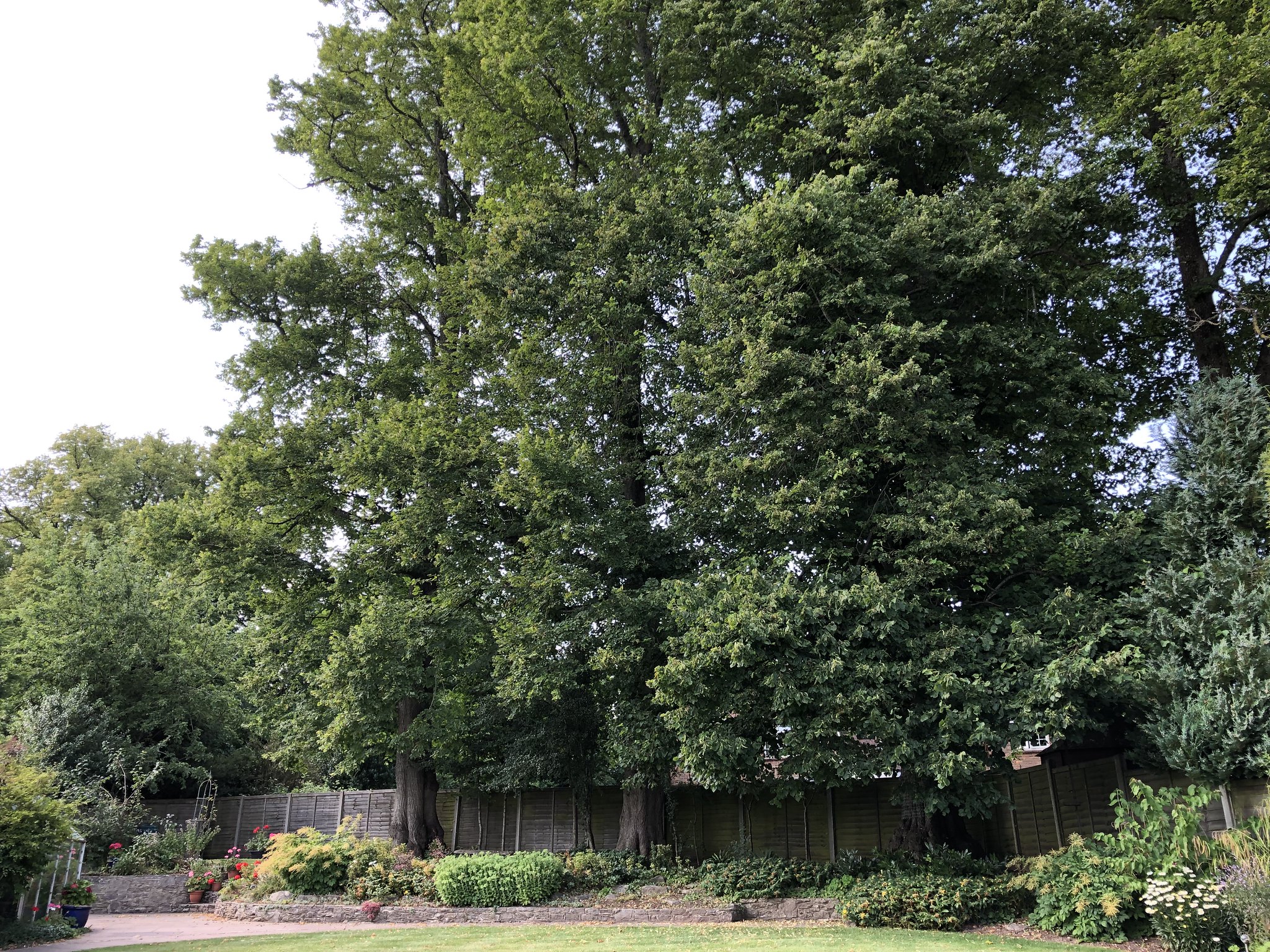 Return to “The Mess Room”

Users browsing this forum: No registered users and 6 guests